Public schools are dwelling for quite some time with the poor dietary habits of their pupils. The teachers, as well as the parents of the kids, are facing the problem that seems to have no solution. There were several attempts to change the diet habits for school children – the most famous one is coming from the UK, where chef Jamie Oliver tried to implement the healthy eating plan to kids – but almost none of them gave any significant results.

Healthy eating in school: a place to start

Although there are many challenges to the matter, some parents and teachers still believe that improving the diet in school is attainable. There are significant steps to go through, many of which require robust resources to begin with.

If we’d take a look at what we can do to start the process of changing the eating habits of the children in school, there are certainly some places that need to be covered first. For example, changing the school policy is an essential part of the process; without the permission of the school authorities there can be no real difference to the matter. On the other hand, if the school management approves the new ways of organizing and running the food consumption in the schools, there’s a similar chance that the decision will be followed without hesitation. In cases where there’s no consensus or unity on the matter, changes can be hard to implement.

The role of the system

When talking about the significant matter of changing food habits of the school kids, we must take into the account the role of both school and the parents. Although the school has a higher responsibility than parents, the system has to be supported by the parents, too.

If the parents join the mission to make their kids’ eating habits in school healthier, the impact would be more profound. Not only does the support sends the message to the school management, but it’s a clear statement of the parents’ intention to stood up for their kids and try to influence their habits outside of the home.

Since there’s the mutual interest to address the problem from different points of view, the parents, the school, and the kids should follow the action plan that will make the strategy work.

In step one, the schools need to do their part and re-examine their policies and protocols. Making room for improvements has to start from realizing earlier mistakes and seeing things in a different perspective.

Step two is where the school merges their strengths with the parents, trying to create unity and prevent the disagreements that will cause the failure. Of course, there need to be constant adjustments, education, and advocacy on both the school and the parent’s behalf.

Finally, when two sides set the right mutual course, they can quickly approach to training and educate kids at school, and at home.

Thank you for subscribing.

we respect your privacy and take protecting it seriously 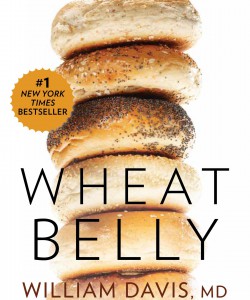